Is that possible? Since their discovery in the Susquehanna

River in 2002 the big question in my mind has been how long will it be before these magnum sized cats make their way to the North Branch. I was reminded of this recently when a member post on SuskyFishers.com forum told of catching a couple flatheads off Shikellamy Point in Northumberland, PA. Normally I’m skeptical of improbable reports especially when the accompanying photo is of a broadheaded male channel cat. The difference in the appearance of the two channel cat sexes has lead to quite a few misidentified  channelheads. This time the photo in the post was easily identifiable as the real McCoy, a smallish flathead looking to be a 4 or 5 pounder. Could there be flathead catfish in the North Branch?
Shikellamy Point is the gateway to the North Branch of the Susquehanna River. It marks the point there the river divides into two great waterways: the West Branch and the North Branch. I live near the heart of North Branch country. Wilkes Barre, PA lies more or less at the halfway point between Shikellamy point and where the river exits Pennsylvania north of Sayre, PA. According to some experts flatheads can travle up to 30 kilometers in a few months. Wilkes Barre is just about 64 river miles from Shikellamy Point where a pair of confirmed flatheads were caught this spring. It is starting to seem more and more reasonable to think that there could be a few vanguard flatheads inhabiting my home waters.

My resolve to start fishing seriously for flatheads was sealed this week when I was greeted by a fishing acquaintance who  mentioned that he can’t seem to get away from the catfish in the river this year. He being a devoted bass fisherman found this to be a bad thing. Then he uttered the words that changed everything, “have you caught any of them flatheads yet?” No I replied. “We did” was his response, “we caught two of them in Wilkes Barre”. So as you can see I’m quite excited about the possibility of actually catching one here in the Northeast, A Flathead in the North Branch of the Susquehanna River.

Flathead catfish are consider predators and are known for their preference of live bait. Bluegills are the bait of choice on the lower Susky however, my friend who posted his catch from Northumberland, caught his smaller ones on cutbait. I have heard other reports of smaller ones being caught on cutbait and chicken livers too. My plan is to begin fishing small live bluegills in the deeper parts of the river and see what I can come up with. The live baits should help discourage the smaller channel cats from bait snatching. If a big channel inhales one of the gills then so much the better.

One thing I have known for certain is that, sooner or later, the flatheads would get here. Could flatheads be swimming in the shadows of the Luzerne County Courthouse? Are flathead catfish in the North Branch now? I am going to try and find out. I will keep you posted. 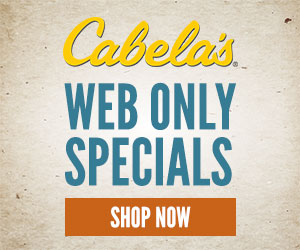